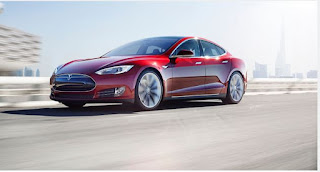 Samsung reiterated recently that it has no intention of actually making a car itself but it’s going to supply products and services to power the future of mobility. This is one of the reasons why Samsung decided to acquire Harman for $8 billion. A new report out of South Korea today claims that Samsung has inked a deal with Tesla which will see it supplying chips for the latter’s self-driving cars.

Last year, Samsung joined Audi’s Progressive SemiConductor Program as the first memory supplier. It sees the automotive industry as an avenue for future growth and Harman’s acquisition shows that it’s willing to invest more time and resources into this endeavor. Samsung is reportedly going to supply SoCs for Tesla’s self-driving cars. It’s apparently going to design and produce chips tailored to Tesla’s demands. A source mentioned in the report claims that this is a long-term project and that it might take up to three years for chip production to start.