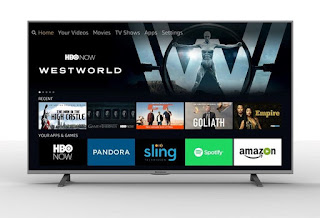 Until now, Amazon has confined its Fire TV devices to its own set-top boxes or Fire TV Sticks, but today the company announced a more direct challenge to smart TVs that use Android TV and Roku. As part of CES 2017, it was announced that Seiki, Westinghouse and Element will launch 4K televisions that will have the Amazon Fire TV OS inside.