Sugestion: Super Mario Run is kind of a data hog, stick to Wi-Fi for now 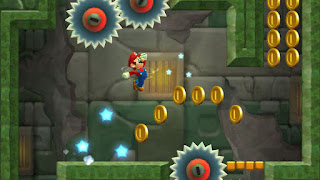 It’s hard to predict if Nintendo’s new Super Mario Run will be the next mobile gaming phenomenon, as we saw with Pokemon Go, but the reaction has been quite positive so far. Nintendo has been desperate for a positive break in the minds of consumers, and going mobile was the smartest way to go. The only problem is that mobile gaming sometimes involves data consumption, and this game in particular is high in that department.


At first I thought that the long time the game spent downloading level data meant that it would remain as a local game on your iPhone, but that’s actually not the case. If you noticed, the game continously crashed yesterday due to “connection issues,” which were actually more like server issues due to its need to connect. As it turns out some recent tests have proven that the game consumes between 40 and 60 megabytes of data an hour, a number which can double what Pokemon Go consumes. That’s a lot of data for average use, meaning you could pretty much deplete a 5 GB data plan in around two weeks if you stuck to playing only 2 to 3 hours a day.