Samsung to introduce a foldable smartphone in 2017? 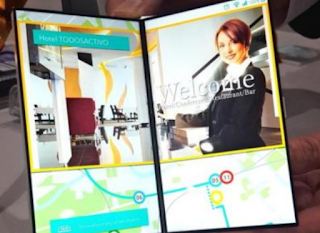 According to a new report, Samsung is currently working on a pair of foldable phones with one model expected to hit the market in 2017. This unit would come with two screens and could be unveiled during CES or MWC next January or February respectively. A foldable phone that opens into a tablet has been a long time dream for the industry. During its TechWorld event last June, Lenovo demonstrated a phone that could be folded and bent into a bracelet. The company also demonstrated a tablet that could shrink into the size of a phablet. Neither product is in the position of being produced for the public.